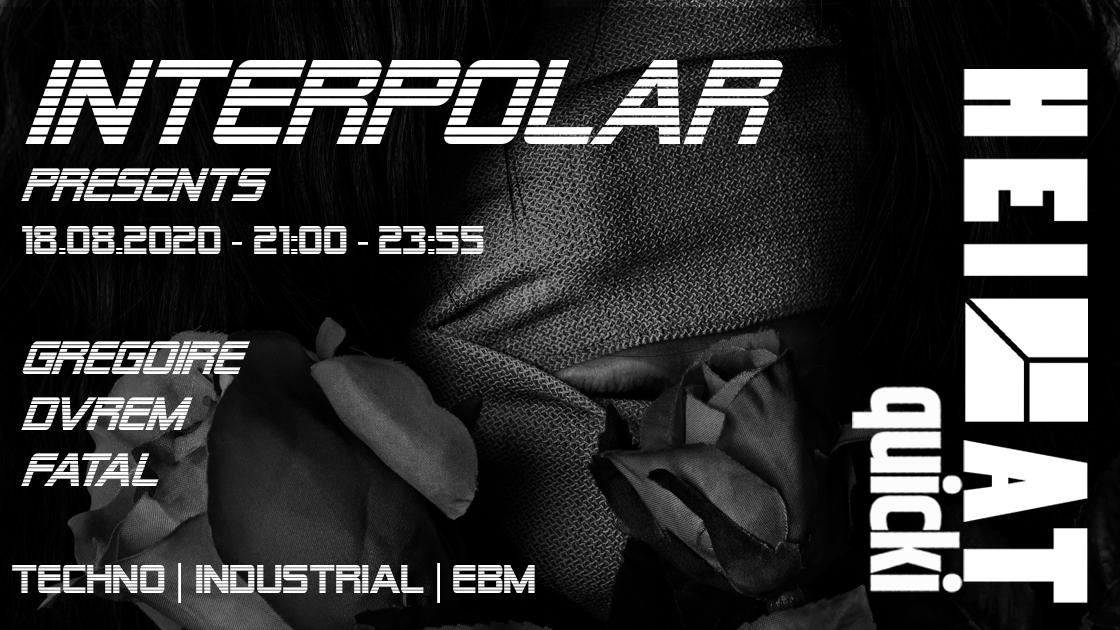 At the third part of the Quicki series, techno will once again be the focus. Interpolar invites you to a new experience. A revised concept of a very proven idea. Dancing during the week. A new cooperation between Heimat and Interpolar will provide a fresh breeze for the Qucki. It is now time to deliver the latest of Interpolar creations right to your neighborhood.

Artists:
Grégoire
The combination of passion for hardware synthesizers and fascination to sound engineering unveils a great base for his productions, his studies in audio engineering / music production award them with a certain degree.
His style is heavily influenced by Metal/Deathcore, EBM and Trance. During his performances he delivers a harmonic game between dark and bright by working with trance melodies, energetic beats as well as aggressive but melodic rave tunes.

dvrem:
When dvrem discovered his passion for the club scene some years ago, he knew instantly that deep house isn't his genre.
His industrial sets are powerful, loaded with energy and fast. He's inspired mainly by the French and Dutch rave scene.

FATAL:
Growing up during a technological revolution, the divergent genres of the steadily thriving electronic music left a huge impact on a young mind.
Being not only heavily influenced by repetitive patterns of classic techno but also by the thrilling melodies of old school trance, he developed a style by its own.
Serving energetic full speed sets by maintaining a harmony between old school and new school, techno and trance as well as EBM and industrial tunes.