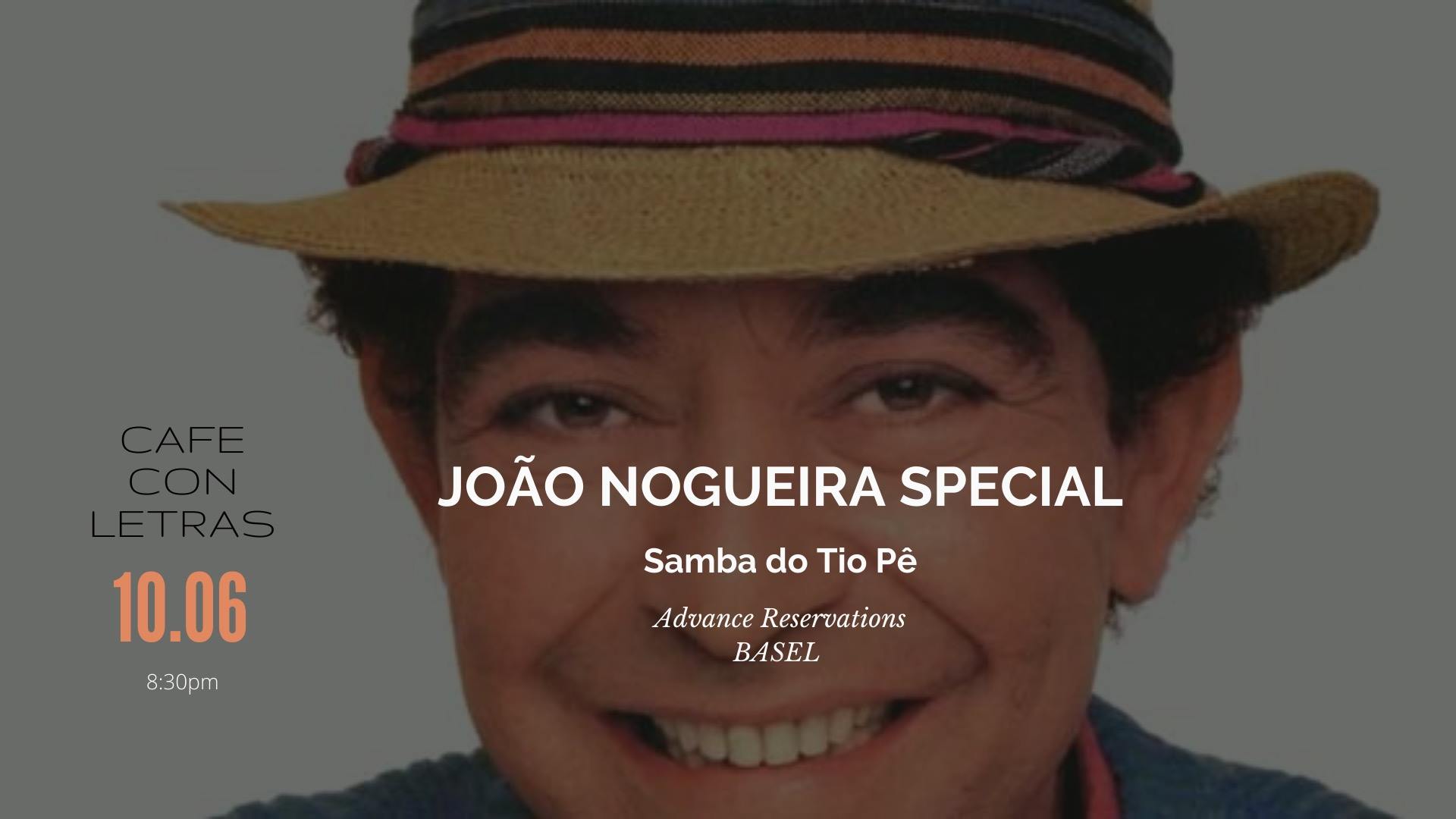 This show is a tribute to the great composer and singer of the samba scene.

João Nogueira, who with his strong voice carved his beautiful story inside the Brazilian music. João Nogueira's work has 18 records and more than 300 compositions.
Samba de gafieira, samba de terreiro, samba de breque, high party, cut jackfruit, samba de roda: There are many strands that make samba more than just rhythm of our music, but a century-old culture passed from generation to generation and which is still reinvented today through musicians and researchers seek to keep it always alive and current.

The Samba Do Tio Pê Group fits into this context, seeking the development of this language through thorough research of composers and works not yet known to the general public, incorporating new arrangements and new clothing.