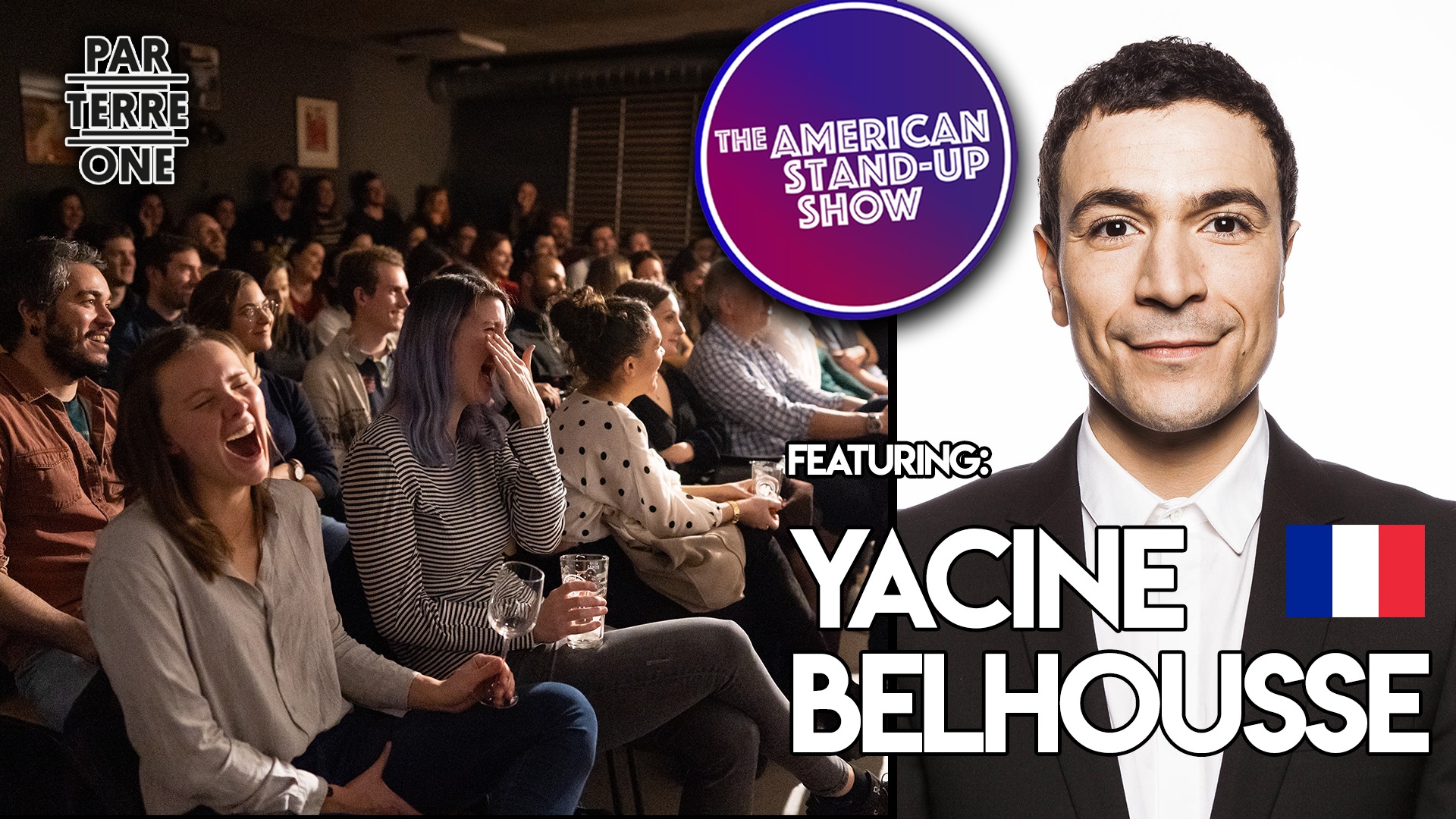 The American Standup Show Basel is back with another amazing English Standup Comedy Show! With our very special guest comedian Yacine Belhousse! **This time we are at Parterre One Restaurant in the 2nd floor! **

Yacine Belhousse is at the forefront of a new generation of comedians in France. The Parisian stand-up after a big success in French comedy and after opening for Eddie Izzard on his French tour, has also been going full power with English comedy. After a very successful Edinburgh Fringe debut with his solo show “Made in France” as well as a remarkable popularity in London mics, Yacine is now bringing you his set in English for the first time in Switzerland.

As always we will also feature a mix of our loveable & hilarious local comedians! Come on down to Parterre One Restaurant for an evening of hilarity, drinking and great comedy!

Parterre One
Klybeckstrasse 1b, 4057 Basel